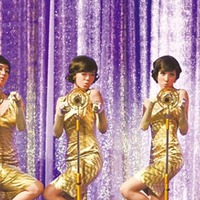 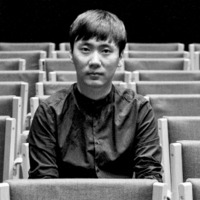 „There is no perfection but I must strive to touch it”

He arrives one day before his concert. He is not to hire a luxury apartment  at a hyped hotel by the Danube, but takes a guest room of the concert hall in the Downtown. He would not take a guided city tour, instead, he is strolling the streets of the night Budapest to get the feeling and atmosphere. He is not that kind of artist who is too proud and reluctant to reveal his true face and emotions. He is an echt musician from top to toe.  A young creator of contemporary arts, whose name by now has earned wide international fame, and who was kind enough to give an interview to our crew before his concert, with a fully opened heart. Please, meet Maestro Chang Eunho, far beyond the concert leaflets.

Q. The majority of interviews in the field of classical music are made with the performers, who generally would receive the applause at the curtain call, while the main creator of the success mostly remains physically invisible. You’ve also started as a young performer on piano at the age of seven, nota bene, talent is not bound by age, and now you are one of the most acclaimed young representatives of contemporary classical music creators.

What were those crucial elements which turned your career to take the path of a composer? What kind of additional inspiration was needed to step on this bumpy, though admirable road?

Chang Eunho: Well, perhaps nobody is born to be merely a composer, and I wasn’t an exception either. Yeah, I started my studies in music quite at an early age in Korea, so I was a kind of performer on my prime instrument, the piano, and later I was lucky enough to continue studies in composing at an other level in Europe, in Poland. First of all, I’ve found there a super encouraging, motivating environment, and had an excellent professor. That was one of the decisive motives. The second was: the good performers. You know, a composer needs extra sensitive performers, who are precisely able to communicate your inner feelings hidden in your music. But it is still not enough, they need to have the technics required by the given piece, plus they need to respect, trust in, and breathe with your music. And as I’ve found such great and also curious musicians around, I had the chance to compose for them and together with them, and after some years of achievements, step by step finally I’ve found that path that lead me to become a composer, a creator of music. 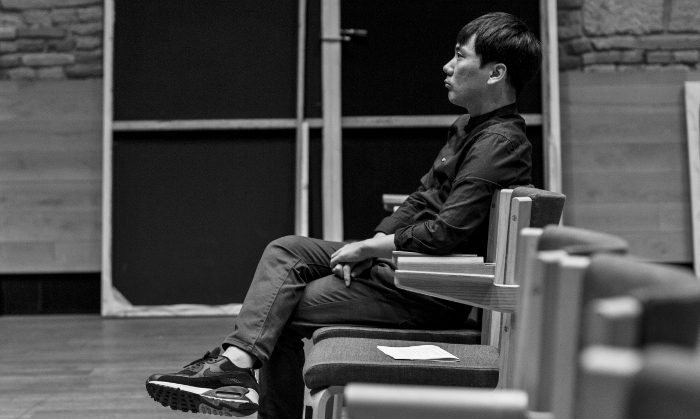 Q. Haven’t you ever performed later?

Chang Eunho: Oh, yes, I have! Last year I made the recordings of my piano pieces, not the full collection of course, about half of it. To be honest, this time I was quite nervous, because I played almost ten years ago, so I was practicing so much! But since my great love is still playing the piano, I did it! And I share with you now a „backstage story” which goes back to my two-year army service in Korea. Well, there I have formed a marching band, a kind of brass band in which I played the trumpet and euphonium, it was a great time. And yes, sometimes I get that strong desire to perform together with my musicians on the stage, but we’ll see how it goes in the future. I’ve started it already, last month I had a solo concert on piano in Sevilla, Spain. 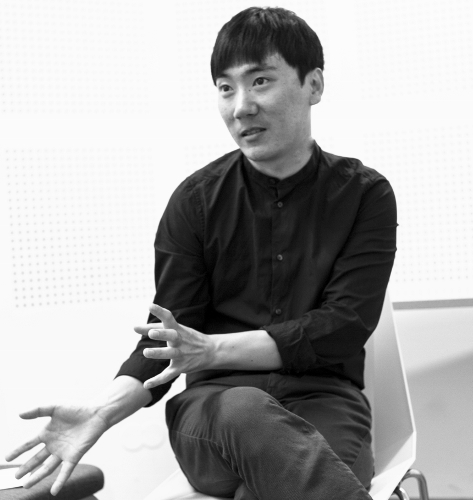 Chang Eunho: Let’s start with the second part of your question because it’s much simpler. In my childhood there were a lot of great predecessors whom I liked, but who really came close to my heart, were the French impressionists, like Maurice Ravel and Claude Debussy. Their music took me, let’s say, to an other, far-away place, like to the Paradise. Later I’ve discovered a Polish composer, a representative of post-impressionism, Karol Szymanowski. Should I perhaps claim that I was impressed by the impressionists?

As for the first part of your question, it’s an interesting and hard question, which is really difficult to explain with words, because we are speaking about music… Let me start with this: I was born in Korea and I am a Korean composer. But if I tried to incorporate in any way the elements of traditional Korean music in my works, that would sound artificial, which would have nothing to do with me. Perhaps sometimes you may detect in my music some parts, where you might hear a kind of imitation of the sound of a traditional Korean instrument, or philosophy, but speaking about philosophy in music would be too abstract. I think the core of my music comes from deep inside, which I would call instinctive and random. „Random” is a very important word in this context. Those inner tunes then automatically are transformed into notes and scores. Well, that’s the way I compose, that’s my techics of creating music – in the simplest way. 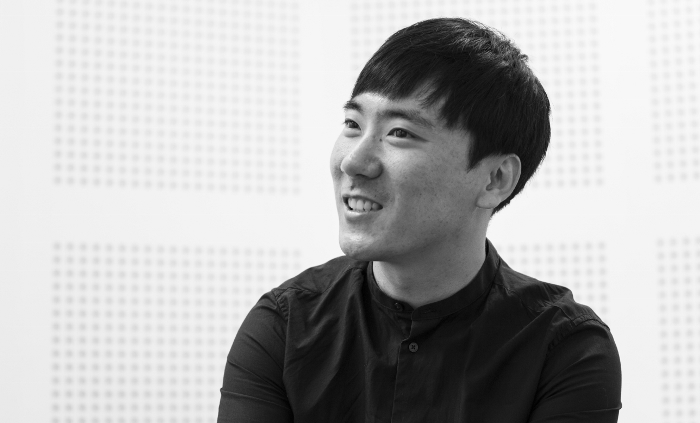 Q. You said one time in an interview: „I have composed new piano works, every time when the style of my music changed.” What did you exactly mean by this? Is piano still so much decisive for you when composing?

Chang Eunho: That’s what is coming from a human being’s life. When you are happy, you’re fluttering on wings, and when you are down, you take it slow. That’s very human and the same goes for a composer. I also had different, sometimes difficult  and hard periods in my life. And yes, I am still a piano player first of all. Whenever my lifestyle has changed, my music has changed. Sometimes it was decorated with the elements of impressionism, sometimes it was minimal music. But the very first tunes of the change I still can express by the sound of piano, then I let them come alive in different instruments and genres.

Q. Your extremely rich output since 2005 includes about 50 works from solo instruments to full orchestra, as well as choral works and even a chamber opera! But the audience tends to make „boxes” for the composers, like for example Chopin or Liszt goes for instrumental works, Wagner is mainly an opera master and Mozart shines in different genres. Maestro Chang, how can you define your place, where are you now in this row?

Chang Eunho: Well, I am everywhere and all! But you know ’that’ time, and ’this’ time is different. Those genius masters in their time were mainly commissioned by rich patrons of arts and they worked mainly according to the demand of the age. They worked of course on their personal best and own, but finally it resulted to be mainly this or that. Our modern times are different, which doesn’t mean that I am not commissioned sometimes with composing this or that, but today’s composers are much more independent. When I catch an idea, I can hear it inside, whether it goes for a flute, or for an opera and the choice is up to me how to make the best of it. 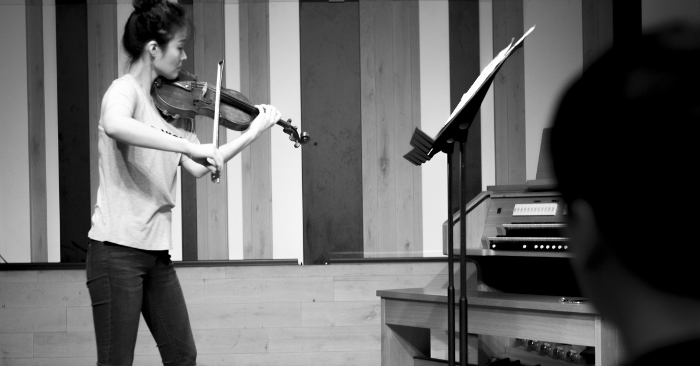 Q. Maestro Chang, you are so young, and without exaggeration you can claim that you’ve already earned world fame, to which we can only express our sincere congratulations. You have participated at so many international competitions and won several prizes and awards. Which of them are you the most proud of?

Chang Eunho: Perhaps it would be more appropriate to ask: what my feelings were when I received those prizes and awards. I am not able to choose this or the other one. Of course, I would not be correct not to mention the Queen Sofia Prize in 2013 granted by the Spanish Queen, or the Queen Elizabeth of Belgium Prize.  Beside of them, each prize and award meant for me a dream having become true. You know, whenever I won a competition, my feelings and state of mind were similar to the state of grace, or when you reach the Nirvana. No words for that. Each of those wins is my personal secret. It’s just everything when your soul is touched by happiness.

But that-time mission is complete, now the goal is already different.

Q. Well, a mission to reach international fame is complete. What mission may come next?

Chang Eunho: Now the goal is to live up to that fame, if you like, but at an other level. It comes from my character. I am very strict to myself, and it is my belief that at my age I must make a step forward. The era of competitions is over, and it’s time to focus on performing and chiseling my music, by building new relationships with the best players and artistic institutions. This Budapest concert is a very good example. Now I feel comfortable. I trust in my performers, I haven’t got the slightest doubt about them. But you could witness me just some minutes ago at the rehearsal being demanding, perhaps picky, regarding the staging, like amplification, acoustics or lighting, etc. Both we know that nothing is perfect. But I can’t help, I just must strive to get as close to the perfect as possible. Would you like to call it professionalism? I agree with it pleasure. This is my actual goal here and now in Budapest, and it will be during the upcoming concert in Poland and elsewhere in the future. That’s why I am living for. That’s why I am a composer. Thank you for listening to me and to my music.

The interview was made during the rehearsal on the day of Maestro Chang Eunho’s Budapest concert on June 8, 2018 at the Budapest Music Center.